The US yield curve set for flattest close since Dec 16

Is there more flattening to come?

The negative slope of the US yield curve was a short-term preoccupation in the summer before the Fed came to save the day with a trio of cuts.

Since then it has steadily steepened as long-end yields pushed higher. That pushed the spread to 35 basis points on the first trading day of the year. However since then the spread has narrowed to 25 basis points.

What has my attention is the head-and-shoulders top on this chart of the 2s10s spread. A break of the neckline would target at fall to 10 bps. 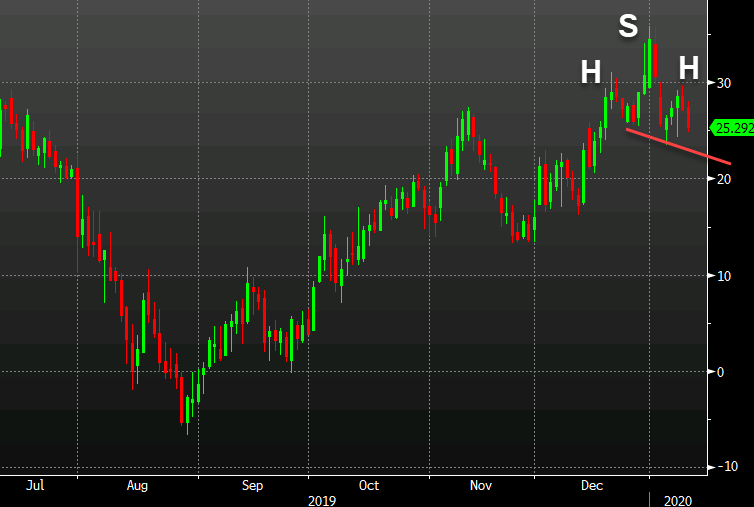 That sort of drop would undoubtedly be led by the long-end and would mean a round of risk aversion.

Interestingly, Jim Cramer was talking about a Fed rate cut on CNBC today. It was an odd thing to be talking about but I believe he’s turned into a bit of a mouthpiece for the administration and that may be something Trump is pushing for before long.

The stock market could be rough for the next few weeks, but 2021 will be another story, Wharton professor says – MarketWatch