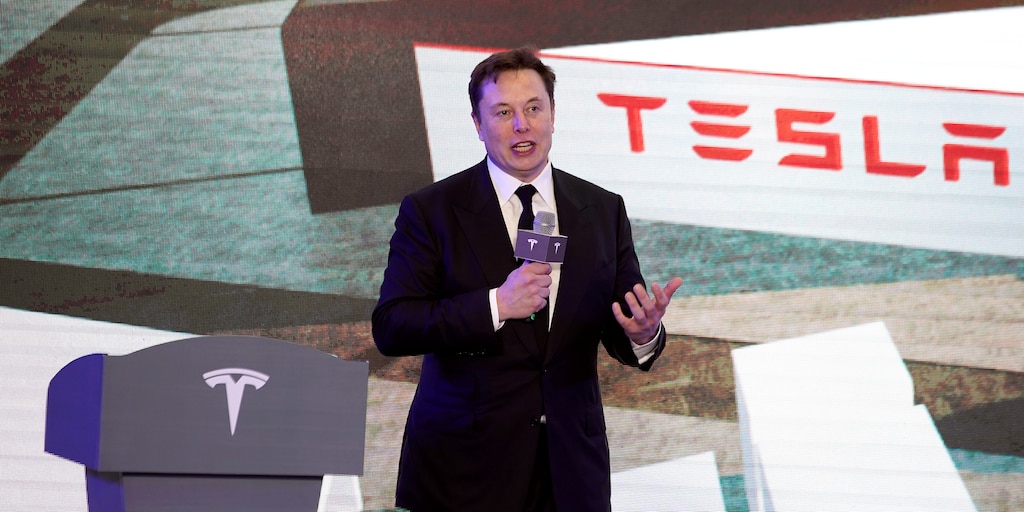 Tesla’s recent stock rally has landed the automaker another market milestone: Its market value now tops the combined value of US rivals Ford and General Motors.

Tesla gained nearly 5% on Wednesday, bringing its market capitalization to roughly $89 billion at the end of trading. The market values of Ford and General Motors were $37 billion and $50 billion at Wednesday’s close, bringing the combined total to $87 billion, a few billion dollars short of Tesla’s.

Earlier in the week, Tesla’s gains made it officially the highest-valued automaker of all time, surpassing Ford’s $80.8 billion market value in 1999.

Shares of the Elon Musk-led automaker have been on a tear since October, nearly doubling their value since a surprise third-quarter profit sent the stock climbing. The gains continued when Tesla announced in early January that it delivered a record 367,500 cars in 2019, exceeding the low end of the company’s guidance.

While the recent good news from Tesla has translated into a behemoth market valuation, its US rivals still dwarf the company in some aspects. For example, Ford and General Motors each delivered more than 2 million vehicles in 2019.

And though Tesla has shown that it can turn a quarterly profit, it has yet to report an annual one, meaning it’s not yet totally in the clear after a rough start to 2019.

At least one Wall Street analyst sees the current market valuation as a peak for the company.

“In our view, TSLA shares now appear fully valued after a meteoric run-up,” Garrett Nelson of CFRA wrote in a Wednesday note. He maintained his $400 price target on Tesla shares but lowered his rating to “sell” from “hold.”

“We see the recent China factory start-up weighing on Automotive gross margins in 1H 2020 and U.S. sales being negatively impacted by the recent phase-out of its federal EV tax credit, rising competition and seasonality,” he said.

He continued: “With TSLA’s market cap now exceeding GM and Ford combined despite having only about 3% of joint vehicle sales volume, we think investors have given TSLA plenty of credit for future growth, raising execution risk.” 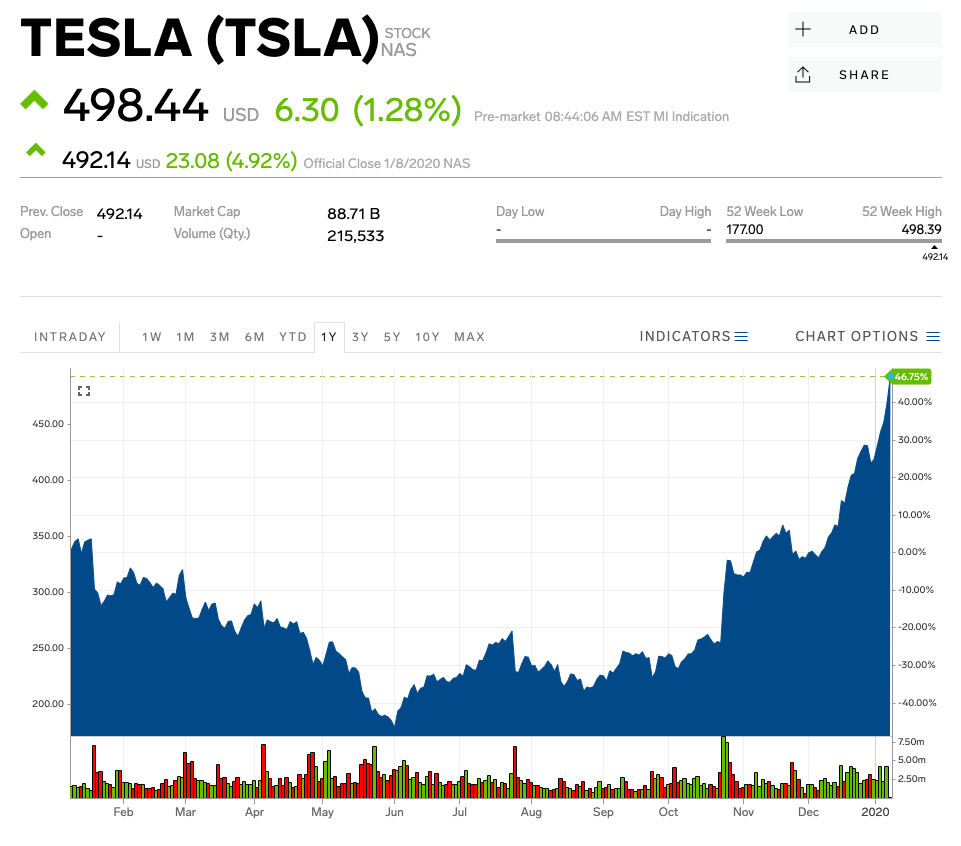 A bull market will boom no matter the president — but skew your portfolio based on who wins, Morgan Stanley’s investment chief says | Markets Insider