S&P index back below its 200 hour moving average

Not an unfamiliar spot this week, but can it stick? 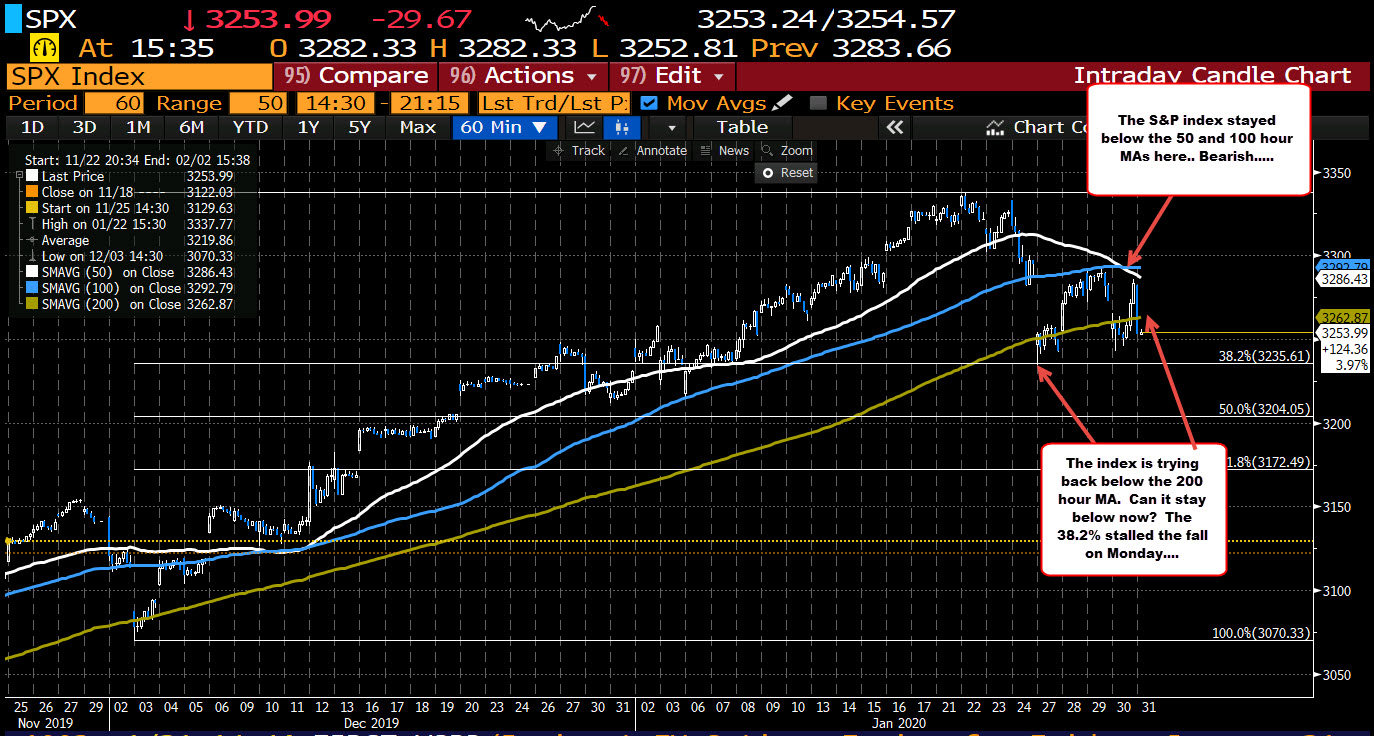 Technically, looking at the hourly chart above, the price highs this week stalled against the 50/100 hour MAs. Stay below has sellers in play. It will take a move back above those moving averages to hurt that bias for the shorts.

On Monday the low for the week stalled against its 38.2% retracement near the 3235.61 level (of the trend move up from the December 3 low).  That would be the next key target to get to and through if the sellers are to take more control.

It will take a move below the 200 hour moving average to solicit more selling momentum and tilt the bias more to the downside with the low for the week and the 38.2% retracement 9060.078 as the next major targets.

Helping the NASDAQ index has been decent earnings and some of the big names including Apple, Amazon, Microsoft and Intel. Amazon reported after the close yesterday and still remains higher by 9.33% today.

In the other stocks:

Facebook which disappointed on Wednesday, is trading down in additional -2.84% in trading today