Technically, the close above $1700 yesterday was positive and the outlook is increasingly positive. 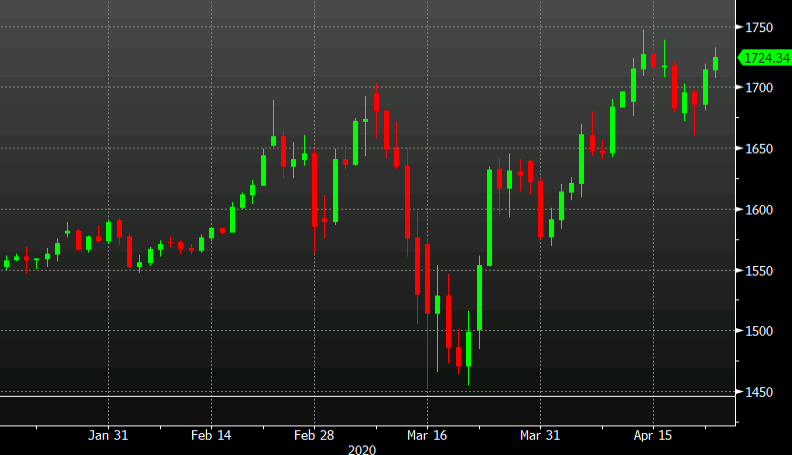 Fundamentally, the picture is sparking. CIBC was out with a report yesterday calling it “the perfect storm for gold.”

“History has a funny way of repeating itself, adn thus far this crisis has followed the 2008 playbook. The last period of Helicopter Money during the 2008/2009 financial crisis saw the gold price almost triple from its pre-crisis levels in 2007 to 2013. While we are not yet forecasting that magnitude of a movein the commodity this time around, we wouldn’t rule it out completel, and believe gold and siver are heading much higher.” 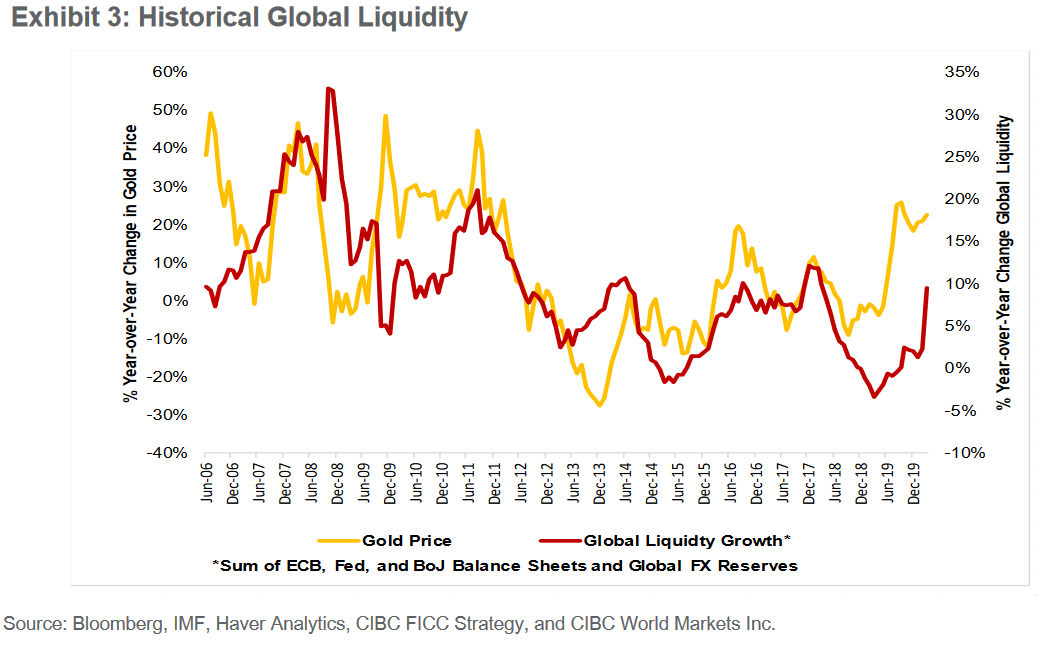 David Rosenberg is also out with an article today that warns of the downside risks to the economy but concludes.

I have to say, the prospect of ever-negative real yields tells me that
the one exposure you do want in your personal accounts is gold, which,
amazingly, is still 13 per cent below the all-time high it set on Sept.
6, 2011.

Finally, Elliott Management’s legenary investor Paul Singer has this to say in a must-read report.

This is a perfect environment for gold to take center stage. Fanatical debasement of moneyby all of the world’s central banks, super-low interest rates and gold mine operation and extractionissues(to a large extent related to the pandemic)should create a fertile ground for this most basic of all money and storesof value to reach its fair value, which we believe is literally multiples ofits current price. In recent months,goldhas gone up in price to some degree, but we think that it is one of the most undervalued investable assetsexisting today. There is nothing else that has its historical and fundamental characteristics,and we think that itis only beginning its inexorable, but 11impossibletotimeand placeboundaries around, uptrend.The fact that it is so under-ownedby institutional investors is astonishing to us in light of the obsessively inflationary policies being pursued by central banks around the world

Gold today, despite its modest run upin recent months, is the answer to the question: Is there an asset or asset class which is undervalued, underowned, would preserve its value in a severe inflation, and is not adversely affected by COVID-19 or the destruction of business value that is being caused by the virus?

There are signs of growing investor enthusiasm. Stocks in some of the world’s largest gold miners have taken off this week even without gold making new highs. Newmont and Barrick Gold are both at 52-week highs: 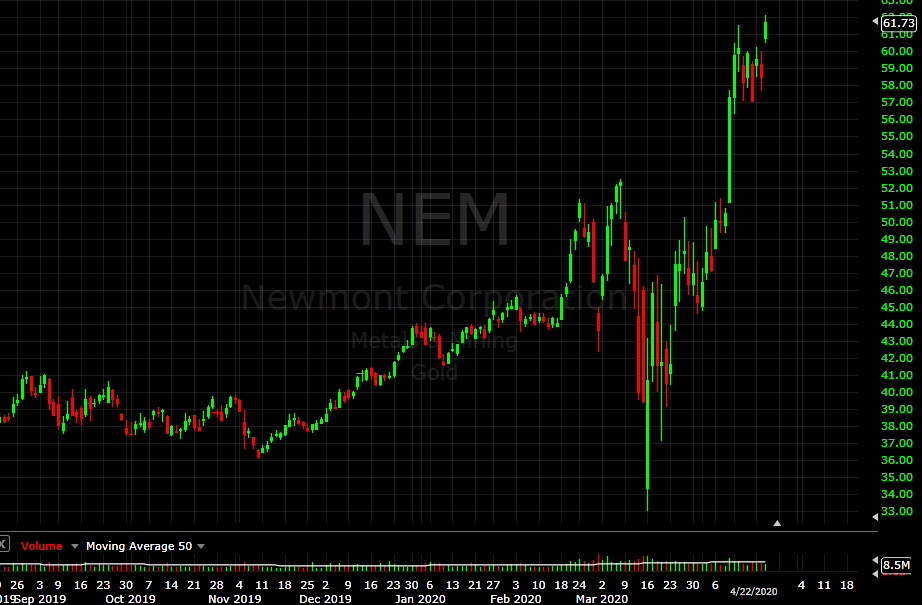 What I still don’t see is interest from generalist investors, which is when I believe gold will truly take a leg higher. Once we start making consistent 8-year highs and once the financial crisis high of $1929 are taken out, I expect a frenzy.