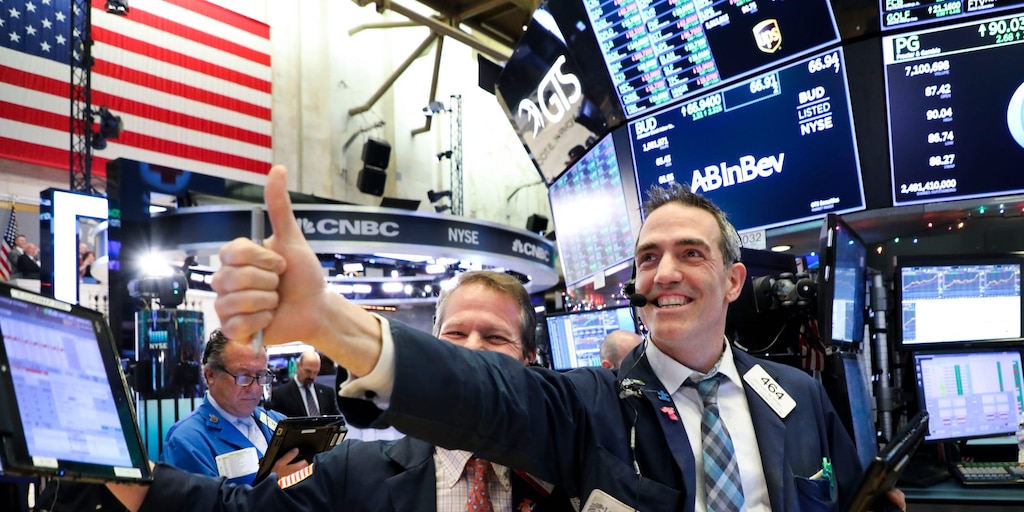 Thursday’s steep market sell-off helped “rejuventate” the bull market in stocks — and in the medium to long term, global equities could rise 47% from current levels, according to a Friday note from JPMorgan.

The bank pinned most of the blame of Thursday’s near 2,000 point Dow sell-off on this week’s FOMC meeting, with no new policy actions announced by the Fed. Investors were likely expecting an increased pace of quantitative easing, because financial conditions could tighten without further stimulus from the Fed, according to the bank.

But JPMorgan thinks the recent sell-off was healthy and helped remove some of the froth that was building in the markets. The bank is likely referencing the surge in retail trading and spiking interest in risky stocks like Hertz and Nikola Motor, among others.

Read more: Bernstein says buy these 7 stocks that are unfairly beaten-down and built for explosive gains in the future

“With some of these previous pockets of over extension clearing, we believe that the equity positioning backdrop will re-assert itself rejuvenating the equity bull market which in our mind is still underpinned by four medium to longer term drivers which are still in place,” JPMorgan said.

2. “A rapid healing of funding markets” — Companies can access the credit market to raise debt at reasonable interest rates.

3. “A structural change in the liquidity and interest rate environment” — Don’t fight the fed.

JPMorgan said non-bank investor positioning (households, corporations, pensions, etc.) in stocks, bonds, and cash “is still pointing to plenty of upside for equities in the medium to longer term.”

The analysts pointed out that positioning to equities — after taking into account Thursday’s sell-off — is still at the low end of the post-Lehman crisis period.

“Not only is the current equity allocation of 40% still below historical averages but it is also well below the high of 49% seen at the beginning of 2018,” the bank said.

JPMorgan thinks the equity allocation eventually creeps back up to the 2018 high of 49% thanks to low interest rates and increased liquidity from the Fed. And for that to happen, it “would require a 47% rise in global equities from here.” 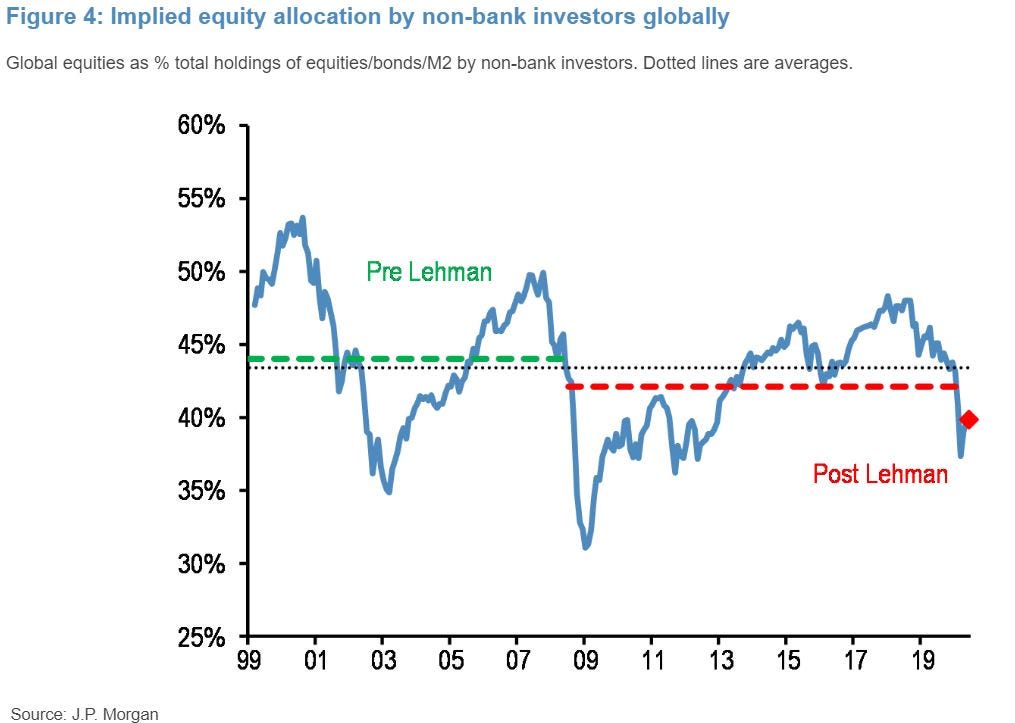