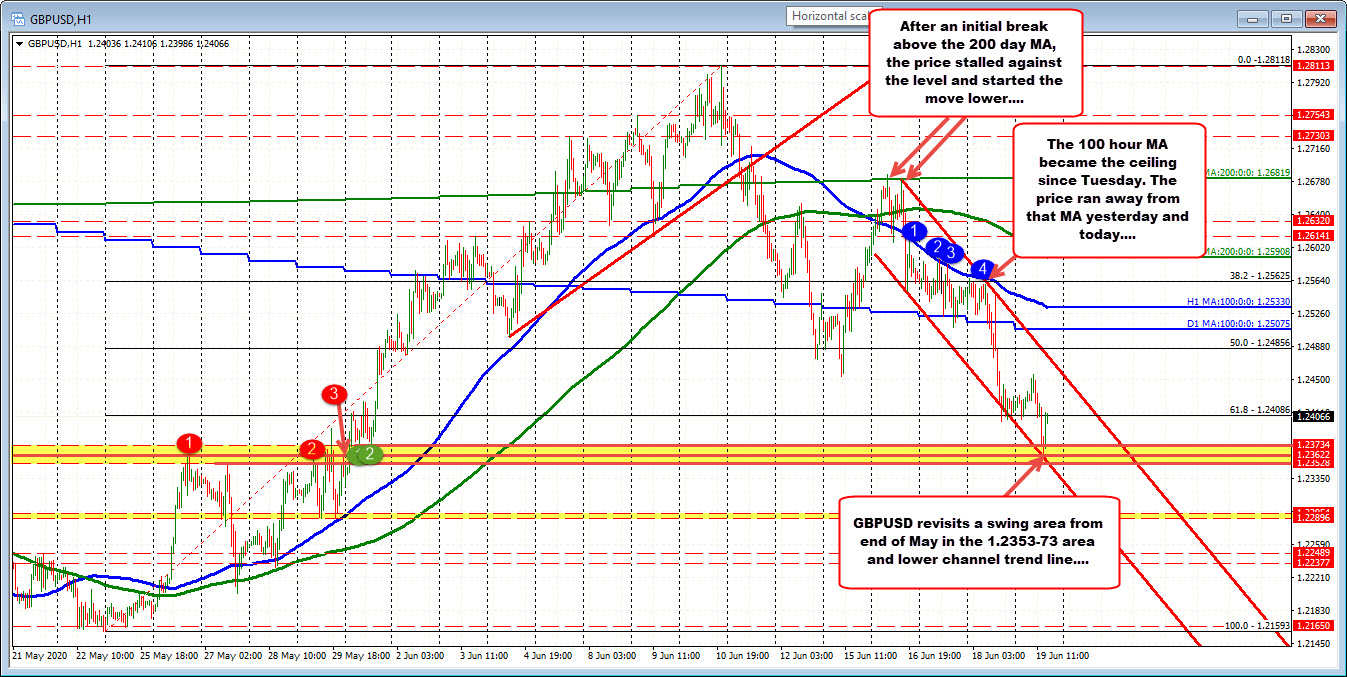 Actually, the price moved above the level to a high for the week at 1.26866, and failed.  Later on Tuesday, the price revisited the MA (see top green line in the chart above) and started what has been a steady move lower since that time.  In the process, teh 100 hour MA became a ceiling on Tuesday, Wednesday and again on Thursday (see blue numbered circles – bearish).

On the downside, the pair lower channel trend line and the swing area at 1.2353-73 will be the downside target and level to get below for more downside probing. The next support target would not come until the 1.2290-95 swing area (see lower yellow area in the chart above).