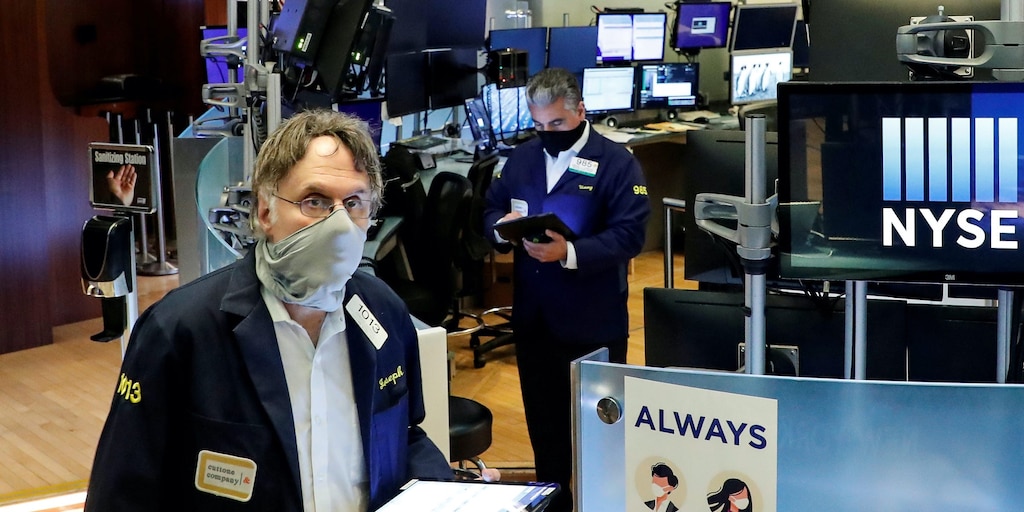 US equities plummeted on Thursday as investors grew warier of rising coronavirus case counts and mulled cautious commentary from the Federal Reserve.

A much-feared second wave of COVID-19 infections is becoming likelier in some states as reopening efforts continue. Texas reported its third straight day of record coronavirus hospitalizations, while Florida notched its worst weekly increase in cases. Arizona and California also revealed spikes in new cases. The surging case counts pushed the US total above 2 million.

Traders also weighed Fed Chair Jerome Powell’s comments on Wednesday; he said the pandemic could result in permanent economic damage and an extended period of high unemployment. He cautioned that, despite May’s better-than-expected jobs report, “it’s a long road” to a labor-market recovery.

Still, the Fed signaled a willingness to continue economic stimulus efforts, saying it would leave rates near zero and continue multibillion-dollar bond purchases.

Read more: We spoke to 3 financial experts, who broke down why you should buy these 13 ETFs to maximize stock-market returns right now

Some of the day’s biggest losers were those that gained the most on reopening hopes. Carnival Cruises, Royal Caribbean, and Norwegian Cruise Line plunged in early trading. Airline stocks including Delta, American, and United slid sharply as well. Gap and Kohl’s were among the biggest losers in the retail sector.

Early moves in the Cboe Volatility Index mirrored the stock market’s sharp downturn. The VIX, known as the stock market “fear gauge,” spiked as much as 12.7% early Thursday, breaching 30 for the first time since late May.

Oil tanked through the session amid the wider risk-off attitude. West Texas Intermediate crude sank as much as 8%, to $36.4 per barrel. Brent crude, the international benchmark, slumped 6.6%, to $38.96, at intraday lows.

Tesla can surge as high as $1,500 on soaring China demand and ‘game-changing’ battery announcements, Wedbush says

Renowned strategist Tom Lee nailed the market’s 40% surge from its worst-ever crash. Here are 17 clobbered stocks he recommends for superior returns as the recovery gains steam.