Crude oil gives up some of the gains. Trades to New York session lows.

The price of crude oil reached a high of $18.62. That took out last week high price of $18.26 and took the pair to the highest level since April 17, right before the plunge on April 20. However, momentum could not be maintained above that level and the price of the last couple hours has rotated back to the downside (see hourly chart below). The pair is testing the New York session low at $16.56 from earlier today. The low price just reached $16.55 and bounced modestly. We are currently trading at $16.72. 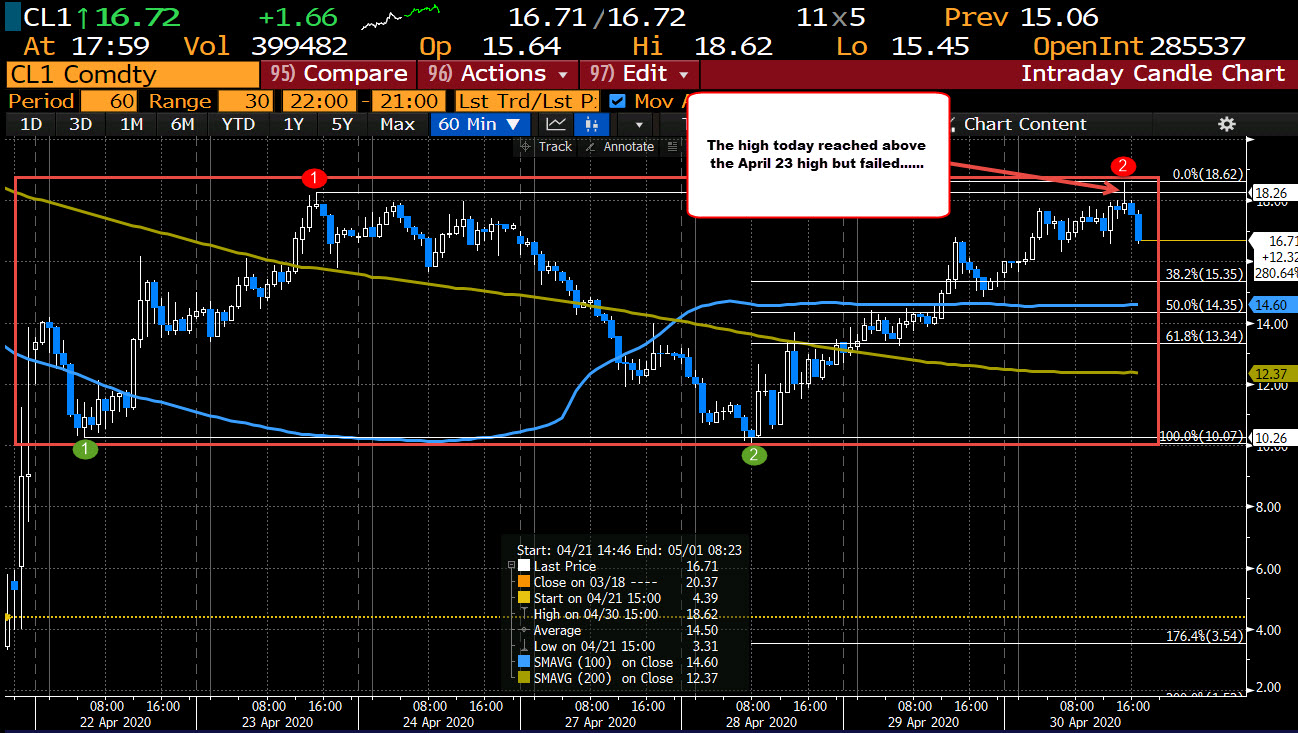 The last 7 trading days has seen the price move higher lower and higher again. At the lows the price found support near the $10.00 to $10.25 level. On the topside the high ceiling is between $18.26 and $18.62. That still is a wide trading range for such a short period time but relatively speaking, the volatility is lower than it was earlier in April.

Technically, for the bulls to take more control getting and staying above the high ceiling will be needed. Keeping the bulls in control would require the corrective price staying above the 38.2% retracement at $15.35. That would be the best case scenario for buyers/longs. A more conservative stop would be the 100 hour moving average at $14.60. A move below its 100 hour moving average would hurt the technical bias and put sellers more in control.