4 reasons the stock market has rallied near record highs despite the sharpest economic decline since the Great Depression, according to LPL | Markets Insider 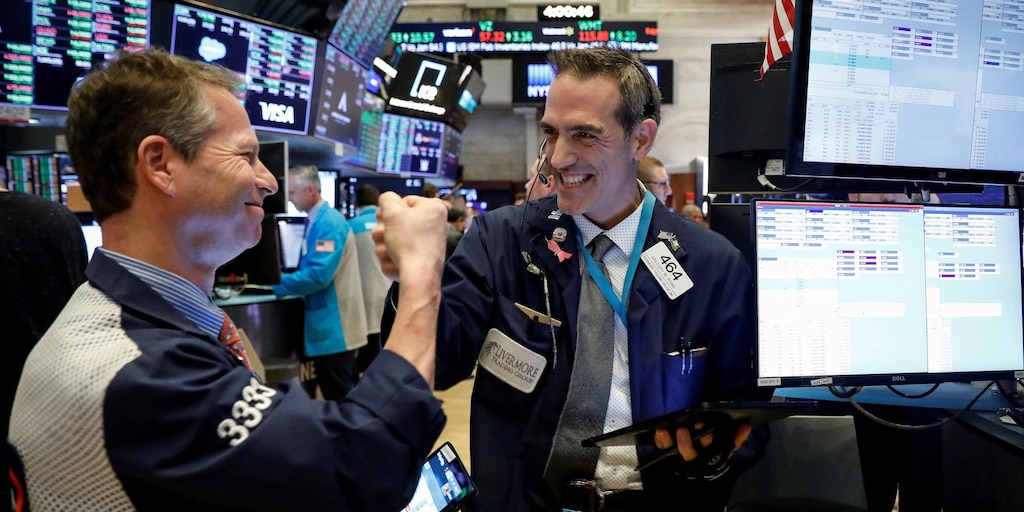 As stocks hit record highs, the underlying economy is still showing signs of weakness due to the economic shutdowns caused by the COVID-19 pandemic.

The unemployment rate remains above 10%, and the 32.9% decline in second-quarter US gross domestic product was the worst quarterly reading in history.

Meanwhile, the S&P 500 traded less than 1% below its all-time high of 3,393 on Tuesday, and the Nasdaq 100 has cruised to all-time highs as technology stocks have led the market recovery since the March 23 bottom.

So how can there be such a stark disconnect between the stock market’s highs and the worst economy since the Great Depression?

In an analyst note published on Monday, LPL Financial attempted to make sense of the recent market rally, providing four reasons for the difference between the markets and the economy.

1. The pandemic has an end date. Markets are forward-looking, and right now the stock market “is expressing confidence that the pandemic will end eventually with a vaccine, and with help from better treatments in the interim,” LPL said, adding that there are “many shots on goal.”

This echoes commentary from Fundstrat’s Tom Lee, who said in July that it was likely that at least one of the 133 coronavirus vaccine candidates would be successful, which could lead to a binary market event that could power stocks to new highs.

2. Low interest rates. While stocks are expensive, they actually look cheap when you compare them with US Treasurys, with the 10-year yielding about 0.6%. “When discounting future profits back at such low interest rates, equity valuations get a significant boost,” LPL said.

Again, this thinking aligns with commentary from Lee, who said in early August that while large-cap tech stocks were trading at a price-to-earnings multiple of 20x to 30x, that looks cheap relative to the 10-year US Treasury, trading at 180x, and corporate bonds, trading at 40x.

Read more: Morgan Stanley breaks down 4 reasons why the next stock bull market is just getting underway — and lays out the best investing strategy for taking advantage

3. Massive monetary stimulus. Easy-money stimulus policies from the Federal Reserve have driven the money supply sharply higher, as measured by M2, according to LPL. “Some of that money has found a home in the stock market,” LPL said, adding that, historically, money-supply growth and stock prices have moved in tandem.

4. Support from the winners. Stocks of tech companies that have enabled employees to smoothly transition to working from home have thrived in the market environment, as evidenced by the strong earnings reports from Facebook, Apple, Amazon, and Alphabet in late July. “The good news extends beyond those companies, with about 40% of the S&P 500 classified as technology, digital media, or e-commerce,” LPL said.

LPL went on to remind investors that higher stock prices during recessions “are not out of the ordinary.” According to the research firm, stocks have moved higher in seven of the past 12 recessions dating back to World War II, with a median advance of 5.7%.

So while the underlying economy is weak and slowly recovering from the sharpest decline since the Great Depression, don’t be surprised if stocks continue to hit record highs.

Read more: No money, no education, and no connections: Here’s how Brian Burke went from a small-time house flipper to a real-estate investing magnate with over 750 deals and 3,000 units